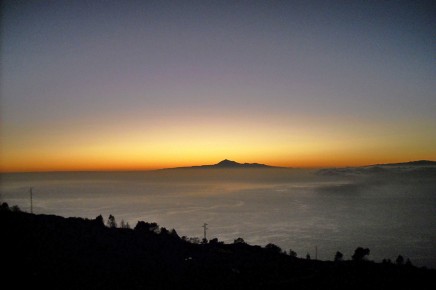 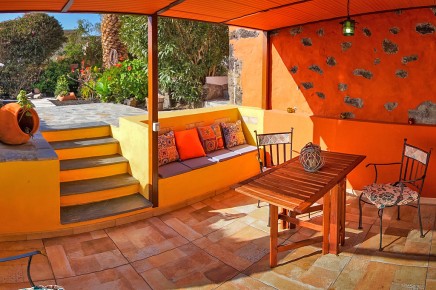 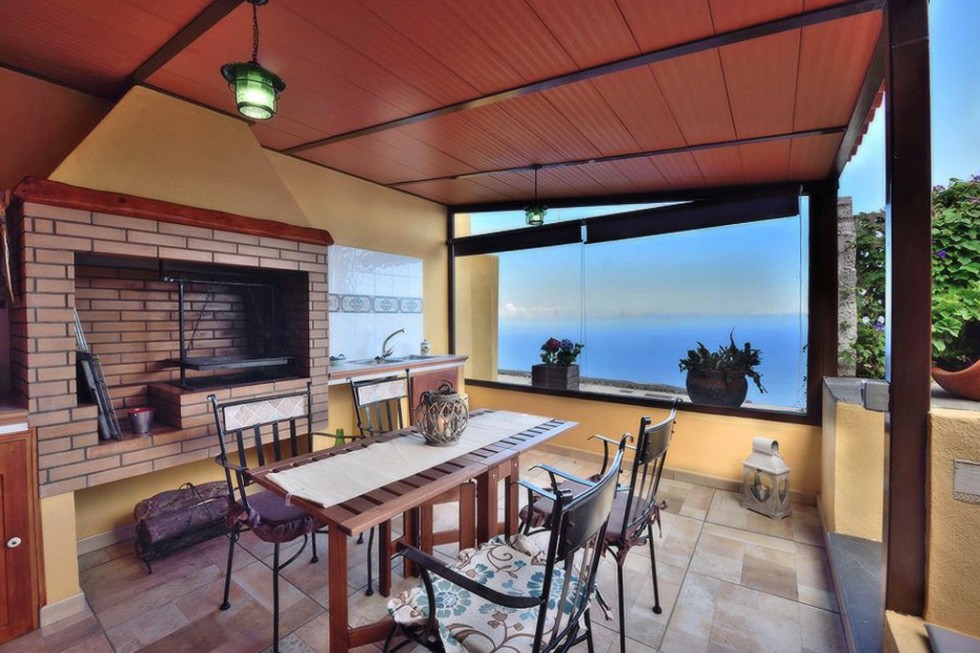 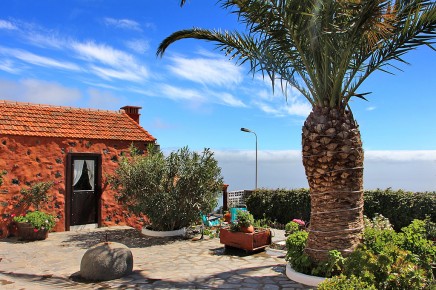 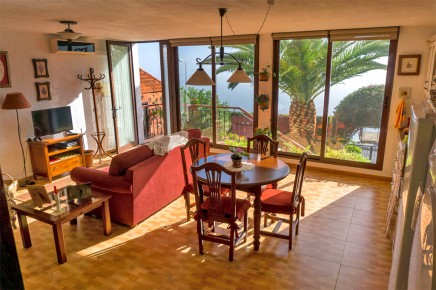 From 3 reviews
2 rooms · 4 guests · Wifi
Do you know when you're travelling? Choose your trip dates to check the lodging's availability and updated price.

The highlight of the house is the covered barbecue area with panoramic windows and a very well-equipped kitchen.

The house doesn't have a pool

The accommodation has free Wifi

Pets are not allowed

Please refrain from calling at the moment, our employees are overloaded.

Send us your request by email, we will process it as soon as possible.

We hope for your understanding in this extraordinary situation.

We accept payment by credit / debit card and Klarna Sofort* via Stripe .

*Available only in selected countries.

Legal
Us
© 2021 La Palma Travel. All rights reserved.
Made with in La Palma
We use cookies to offer you a better user experience on our site. To learn more, check out our Privacy Policy . If you press "I accept all the cookies", you're accepting their use. You can configure the use of the cookies or, if you wish, reject them, in the .
Cookie settings
From this panel you can configure the use of cookies on our site. You can check out our Privacy Policy as well.
All the reviews on the lodging
Casa Titi
More information on the lodging
Casa Titi

Some details from this function, such as the millstone, are still preserved and one can easily imagine how wine was made there over several generations.

The house captivates on the one hand by its special style, with love for the detail, and on the other hand by its location within walking distance to the village of Fuencaliente. The living area of 85 sqm offers space for up to four people and a baby.

Casa Titi is located in the south of La Palma, 5-10 minutes walking distance from the centre of Fuencaliente

The surrounding area is rather barren and clearly marked by volcanism.

In Fuencaliente, you can see the history of the island's formation directly in front of your eyes and start many extended tours, e.g. to the volcano Teneguía, which was only formed in 1971.

It takes about 15 minutes to get to the start of the volcano route. Another very interesting destination is the lighthouse and salt works in Faro, the southern tip of the island.

Above Fuencaliente, the island shows a completely different face: extensive pine forests. From there, you can start tours to the green eastern side or to the volcano route in the opposite direction.

By car, you are at the sea in a few minutes.

At Playa Zamora there is a small kiosk with delicious fresh fish. Other beaches in the vicinity are Punta Larga, Playa de Echentive, Playa Nueva and Playa del Faro at the lighthouse.

The beaches are partly sandy, partly stony and much less frequented than the large beaches in the west.

Casa Titi is a house with history

It was built in 1920 by the grandparents of the owner.

The stone and wood construction of the house has been preserved after restoration. There are still many old photos in the house, almost all the paintings are hand-stitched. All rooms can be heated.

The grandparents went to work in Cuba and built and furnished the house after their return with the money they had earned.

The living room is large and tastefully furnished, with a long window front that not only lets in a lot of light, but also offers a beautiful view of the garden and the sea.

In good weather, you can see the neighbouring islands of Gomera and Tenerife, including Teide. Loving details define the overall picture, such as the old wooden chest that used to serve as a suitcase on the way to Cuba.

A comfortable sofa divides the living area from the dining area and the pretty country kitchen. The kitchen is very well equipped. The dining area is furnished for four people.

The house has two wonderfully elegant, very tasteful bedrooms with a special touch.

The first bedroom has a round shape. In the past, this was the cistern where the rainwater was caught and collected. The walls are made of stone, which can still be seen in the small hallway leading to the bedroom. Old family photos hang in the alcove to the window.

In the second bedroom, the hole in the wall from which a wooden pipe used to protrude is still preserved. This pipe was part of a press used to extract must and make wine. This bedroom is also very spacious, with a small desk and a reading corner as well as a large wardrobe. Attention, the window faces the living room, not the outside.

The bathroom has a shower, WC, bidet and sufficient storage space.

The garden of the house has been lovingly landscaped and is very well maintained.

The highlight is the covered barbecue area with panoramic window, bench and an extendable table with chairs. An outdoor sink, barbecue utensils and a second basic set of cutlery and crockery are also provided.